There is no doubt that plenty of people in the UK and Europe were heartened to see positive changes in the US casino and gaming market. While there may not have been a massive impact on players over here, anything which helps to strengthen the online casino and gaming community has to be seen as a positive thing.

Of course, there are always problems that come from these new developments and it seems as though one US casino player has found herself slightly out of her debt. One player who has taking advantage of the New Jersey casino options managed to rack up gambling fees and debts of close to $10,000. This would be a bad situation for anyone and it is clear that people would look for a way out of the situation.

It seems that the player allegedly claimed that someone stole her identity and then used this identity to set up gaming accounts and run up these fees. Reviews carried out by the police have revealed that she was indeed the person responsible for setting up the accounts and she has been charged with “theft by deception”. 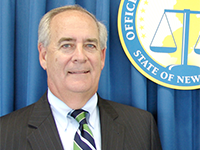 You obviously don’t want to get on the wrong side of the law of many law enforcement agencies in the US and the Gaming Enforcement Agency is just one of them! One of the directors of this division, David Rebuck, released a statement, saying; [blockquote]The Division of Gaming Enforcement and the State Police are committed to working together to deter fraudulent activity and instill confidence in internet gaming operations for all involved, including players, platform providers, and payment processors. Suspicious transactions are thoroughly investigated, and as this case shows, attempts to defraud New Jersey casinos will not be tolerated.[/blockquote]

It is easy to see how you can get wrapped up in the excitement and drama of online casino play but thankfully the vast majority of players are able to play in a normal fashion that doesn’t see them fall foul of the law in such a manner. Thankfully there are ways in which you can pick up more money when playing online casino games and you should see www.titancasinobonuscode.com for some brilliant bonuses that will really boost your bankroll.

We all have daft ideas from time to time but thankfully most of us manage to keep these ideas in check. The consequences of one online casino player in the US who failed to do so may be harsh on her but it may serve as a reminder to the gaming community to keep your daft ideas in check.