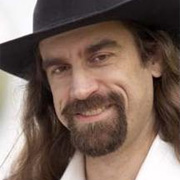 On September 20, Howard Lederer, Chris Ferguson, Ray Bitar and Rafe Furst were named in additional allegations by the US Attorney heading up the Full Tilt indictments. The new charges allege that the four founders of what was once the largest online poker room in the world commited fraud by misusing funds that customers had deposited into player accounts with the company.

Preet Bharara, Attorney for the Southern District of New York, filed an amendment to his complaint that alleges Full Tilt’s Board of Directors engaged in a multi-million dollar Ponzi Scheme which netted them as much as $443 Million over a 4 year period while refusing to fulfill players cash-out requests.

Bharara said “Full Tilt insiders lined their own pockets with funds picked from the pockets of their most loyal customers while blithely lying to both players and the public alike about the safety and security of the money deposited. Full Tilt was not a legitimate poker company, but a global Ponzi scheme”.

Internal emails between Full Tilt’s Executive Management indicate that they knew about the companies precarious financial condition and actively worked to keep news of their distress out of the mainstream press. In one email, Bitar said that the company had less than $5 Million on hand for player withdrawals. In another email Bitar wanted to hide the news of employee lay-offs and expressed concern that, if the news became known, it would prevent new players from depositing funds which Full Tilt needed to cover operating expenses.

The US Attorney has also requested that the four individuals named in the amendment pay an additional $115 Million in penalties. These penalties relate directly to claims of money laundering and are completely separate from any other fines the directors of Full Tilt Poker may face.