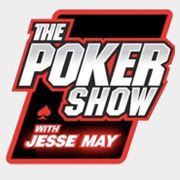 Party Poker has revived the poker lounge, that being The Poker Show with Jesse May television program the site brought back from the brink of extinction. And as part of the program’s return to the airwaves, Party Poker will be holding a series of online poker tournaments in celebration.

This will mark the 4th season of broadcast for The Poker Show With Jesse May, and the 1st season to be sponsored by Party Poker. The season premiere of the program just took place last week and featured Mike Sexton, a Party Poker staple, and up-and-coming favorite Party Poker celebrities Kara Scott and Tony Guoga (aka Tony G.). The next episode will be available for viewing as of July 4. Additional episodes will then be broadcast each following Wed and Sun through July 25, at which point the program will take a short breather before rebroadcasting on August 29 and continuing on the twice weekly schedule through Sept 29.

An additional freeroll final tournament will be offered for all the winners of the eight exclusive The Poker Show tournaments. The first of these finals will take place on August 1. The big prize for the winner of this freeroll final is the £5,000 buy-in for the World Poker Tour’s London Poker Classic Main Event.