Poker For Free » Brenes, Others Try To Take WCOOP Event #20 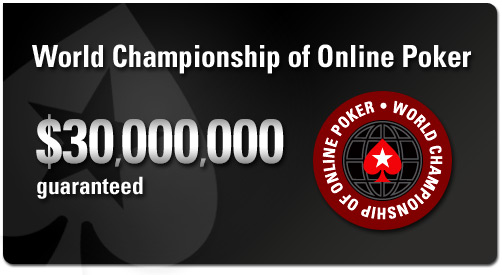 The field has been narrowed down to thirty players as event twenty of the World Championship of Online Poker finishes up. Humberto Brenes and Bertrand Grospellier are two of the big names left vying for the first prize of $468,000. Earlier today Brenes topped the two million chip mark while Grospellier was hovering just under two million. Brenes has been taking down some nice pots as the tournament progresses into the final rounds. A pot of particular note was when Brenes, playing from the cutoff open the betting at $90,000 only to have one caller in the big blind. Brenes was able to extract an additional $150,000 from his sole opponent before folding on the river giving Brenes a $516,000 pot.

Action for this tournament will be concluding tonight as the final thirty player’s battle it out for the bulk of the prize pool. At the time of this writing the chip counts are as follows:

Grospellier, the other remaining PokerStars team member currently has over one point six million chips and is in twelfth place going into tonight’s action. You can watch all the action and get live updates throughout the night at the PokerStars Blog.