Poker For Free » A Guide To Playing Texas Hold’em BLAST

Online poker’s popularity increased dramatically between 2003 and 2006 due to massive televised tournaments and the availability of games on trusted and legitimate sites. The boom has since died down a little bit, fueling innovative and creative new variants to keep players’ interest levels high. One recent addition to the online poker world is BLAST poker. 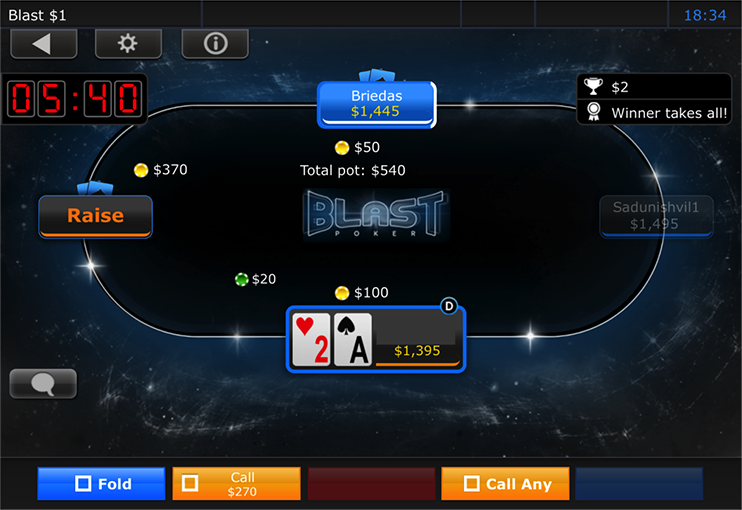 What is BLAST poker?

BLAST poker is a recent variation of poker that uses the same basic rules and hand rankings as Texas Hold’em, but with several twists. The format will be explained fully below, but for now, you can understand BLAST as a kind of “lottery-style” hyper-turbo Sit & Go, which blurs the lines between skill and chance even more than poker usually does.

Note that there are a few significant differences between BLAST poker and other types of Sit & Go. Understanding these will help you to enjoy the game and win more often. 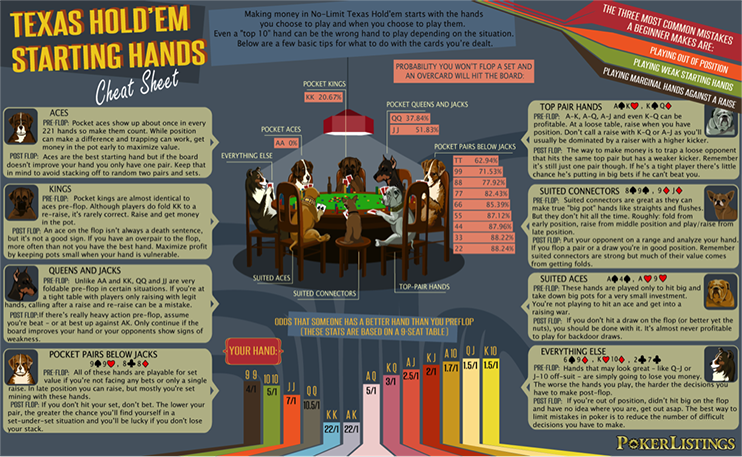 Here is the first big twist: the prize money is not decided until all players are seated. It is determined randomly when the Sit & Go begins and can range from 2x the initial buy-in to 10,000x the buy-in. Hence the term “lottery.”

The wheel spins, and the prize is revealed to players. Will you be scrapping to win back double your buy-in or playing for life-changing amounts of money? That’s all part of the fun!

The number of players who win money in the Sit & Go is affected by the prize pool multiplier. So:

Where multiple players are paid, the top place is paid a much higher percentage than the second, third and last place and so it is worth playing for the first prize. However, the number of players paid should be taken into consideration when making decisions due to equity and ICM models.

The BLAST time and hyper-turbo structure

In BLAST games, players always start with 1,500 chips, and the blinds always start at 25/50. Blinds increase every two minutes, and the next blind level is 50/100, followed by 100/200. This hyper-turbo structure means that player’s stacks diminish quickly. Players must act swiftly to prevent their stack from eaten by the blinds.

The second big twist to BLAST is the timer. Once seated at the tables, a timer begins to count down. Once this timer reaches zero, all the players will automatically be all-in until the game is over. No more skill is involved after this point. Players have no control over the outcome. The hands are played out until there is a winner.

The length of time on the BLAST timer varies according to the prize pool, so when bigger prizes are on offer, the skill elements of the game last for longer. Here is the breakdown:

If that’s a lot to take in, remember that when the timer reaches zero, you are forced to play every hand all-in. If you want to gain an edge, you should do so before the BLAST starts.

Gaining an edge in BLAST poker

It’s worth noting that BLAST poker comes across as a mostly recreational variation aimed at players who want to have fun, play quick and maybe win big in the process. The format tends to level out the playing field somewhat, giving everyone a chance of winning.

This doesn’t mean there isn’t an edge to be gained! In fact, recreational variations tend to attract donks and newbs! And that’s where the money is. If you can navigate the format, you can gain an edge. Aside from playing solid poker, here are a few tips that are specific to BLAST:

BLAST is an excellent variation available on 888Poker. It’s a lot of fast, action-packed fun. It can also be a decent game to grind, with plenty of weak players and the occasional big prize for which to play. Keep in mind the format and play solid aggressive poker to come out on top.